Archives for the ‘Media-Press’ Category 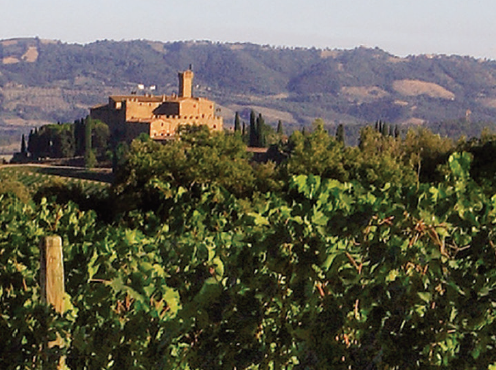 There’s a lot to taste and experience in the picturesque landscapes of France and Italy. Uncorked and Cultivated offer authentic epicurean food and wines tours to iconic regions like Bordeaux, Champagne, Tuscany, Sicily and more, hosted by Master of Wine Peter Scudamore-Smith. Their small-group tours focus on delivering the best of each region. Immerse yourself in French culture on an exclusive tour of Champagne, Burgundy and Rhône and discover the perfect French food and wine pairings. Tour dates from 22 May to 1 June 2018, A$7.700 per person. Uncorked has also partnered with Travelling Divas to announce their first female-only itinerary. Experience the Tastes of Rome and Sicily on a tour combing glamour, culture and the divine food and wine of Italy. Tour dates from 6 to 16 September 2018, A$7,450 per person.

There are no great wine lists, just those which are a good read. The outcome for a restaurant is to receive an order and not host a bible reading session, so the simpler the list, the better your customer will feel. You see after several pages the wine list morphs into a book and people who are eating, dining or just hanging out don’t require volumes of information about wines. Most diners never get past the first one or two pages anyway, they turn off and hungry people become distracted by what their waiter or sommelier has to offer.

So you get my drift, big belting lists are out of fashion in this mobile world. The only saving grace for a longer offering is a digital list; the customer can scroll through the pages in seconds or use the search key, which also hides the hundreds of wines cleverly sitting in the data base. This acts as a concealed cellar resulting in a clean, simple read! Excellent… and nobody knows how many wines there are!

By Peter-Scudamore-Smith, Master of Wine

Bernie, 60, and Judy Cooper haven’t looked back after making a scenic change 10 years ago – heading inland from the big smoke of Brisbane to take over the well known Crane Wines label at Kingaroy.

Crane Wines is a hallmark brand in the South Burnett town that is known for agriculture-baked beans, great cattle and of course peanuts. Wine growing, making and selling has matured as a sophisticated business under Bernie’s tutelage. Established by the loveable John Crane, and his wife Sue in the 1990s, the winery began when John planted grapes on the red soil hillside at Haydens Road, Booie, in 1992, with his cellar door opening in September 1996, to be first in the South Burnett to do so.  ….  Read article

By Peter-Scudamore-Smith, Master of Wine

The top ten brands in 2015; and among them four Australian winemakers have been released by Drinks Business.

And to think that the Australian wine market is so poorly returned. It just emphasises that someone must be big, be dominant, and understandably most of that wine will be ordinary, for the ordinary drinker in the street.