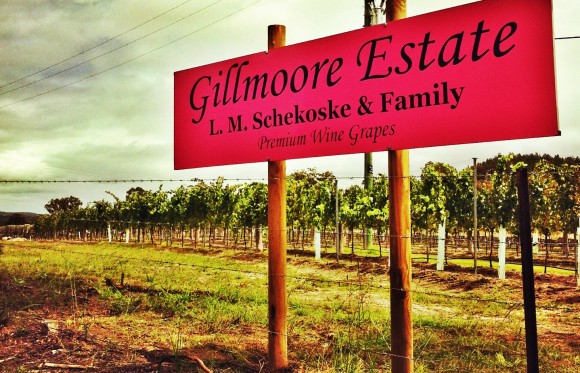 The changes are quite quick now because the Australian wine industry has to innovate rapidly to stay abreast of the sway of importeds now found in supermarkets.

Often the multiples bring it to you based on price, not quality, but at least they are developing a better understanding drinkers’ marketplace.

So don’t feel thwarted if wines called lagrein, sagrantino, fiano, nero d’Avola, petit manseng or saperavi come at you, they have grown elsewhere for centuries but are now at a cellar door near you.

And if I have my way, in a restaurant near you too.

I have seen a couple (fiano, shiraz viognier) now used by the Adelaide-based organisation A+Plus Australian Wine presenting its one day wine school to Australian wine professionals in most capital cities.

A+Plus seems to fly under the radar a little but I trust they will move over this continent a little more.

Why the change in grape types? Well being first to make a fiano in this state (the grape grown in the home of pizza country-Naples) makes it a select group that sell it, as there are only about thirty fiano brands to date in this country against a sea of chardonnay.

That makes fiano wine special and when it becomes a Strange Bird varietal (wine trail on the Granite Belt); it is even more visible to white wine drinkers bored with sauvignon blanc.

Golden Grove maker Ray Costanzo on Sundown Road tells me he has stripped down his chardonnay production to a few barrels; buyers wish for his vermentino (Sardinian grape) instead.

Meanwhile the southern Mediterranean-origin (southern Italy, France or Spain), Strange Bird varieties just love it. Heat is their natural bed partner, no more so than in southern Sicily where the red nero d’Avola grows so well over the past four hundred or so years.